“A fun game for friends that leads to deep conversations.”

I contributed as a consultant on design and research-based positive interventions for this two-player mobile game in 2017-2018.

This project later became Wild Honesty, which is out now! 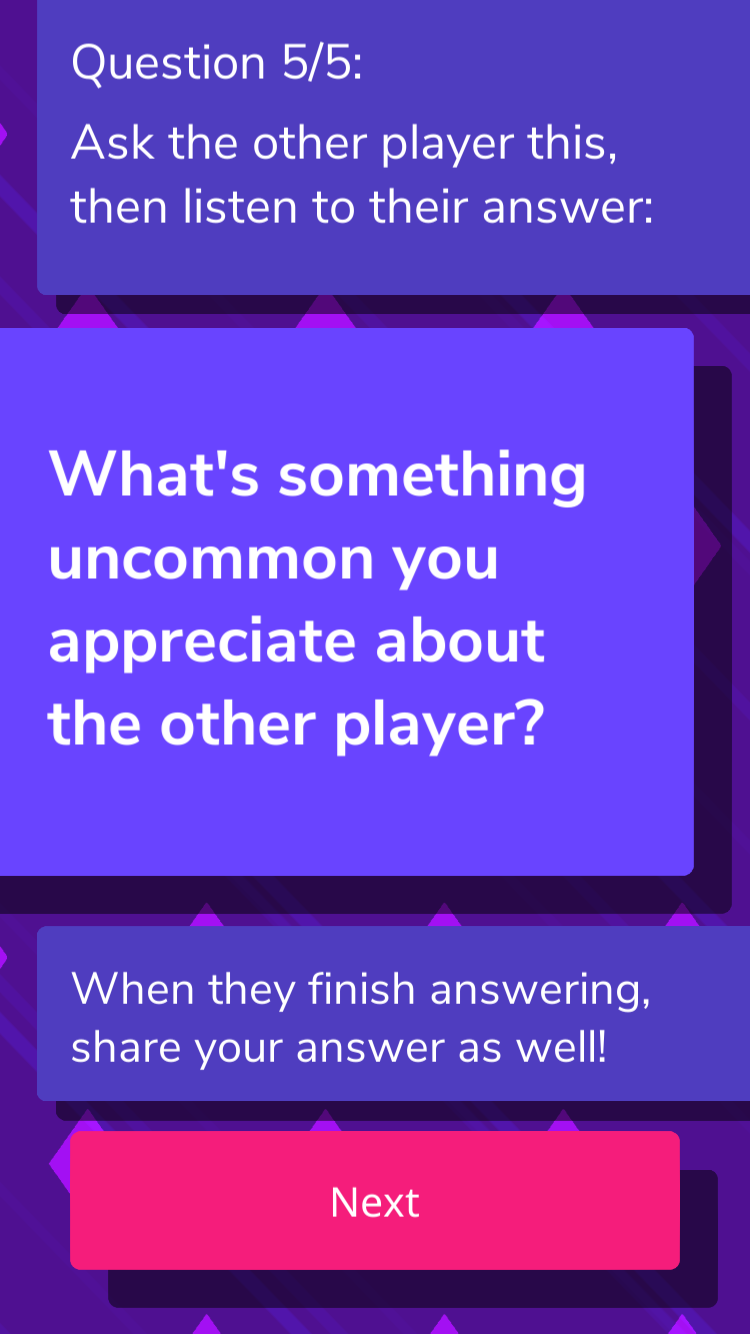 I was immediately interested in joining Brian Handy’s USC MFA thesis team when he pitched at the beginning of Fall 2017. His goal was to create a game that allowed players to have meaningful, vulnerable conversations with each other in a safe context that could help deepen and strengthen relationships. I found that to be not only a fascinating challenge, but also highly relevant to my desire to create games that support well-being. Relationships are so important to well-being that the entire scientific field of positive psychology has been famously summarized in three words: “other people matter” (Christopher Peterson).

Our team referenced a wide range of experiences as we worked on this game, from summer camps to religious retreats, icebreakers to 36 Questions in Love, and community-building practices I saw when I worked for the Master of Applied Positive Psychology program at the University of Pennsylvania.

This project was continued under the title Wild Honesty at indie studio That’s Not a Game, where I later worked as a game user researcher.

Selected for the 2018 USC Games Expo

Game User Researcher at That’s Not a Game